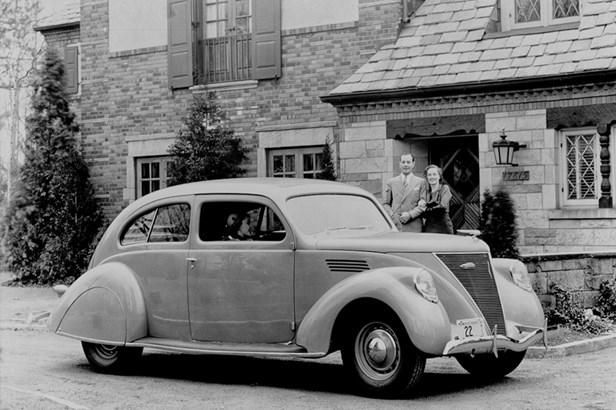 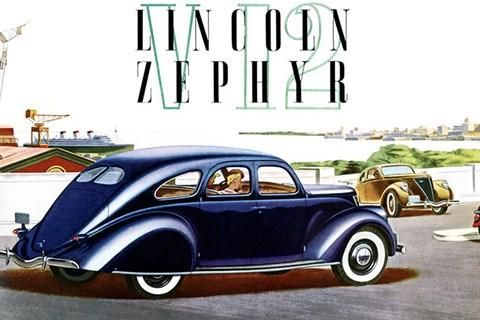 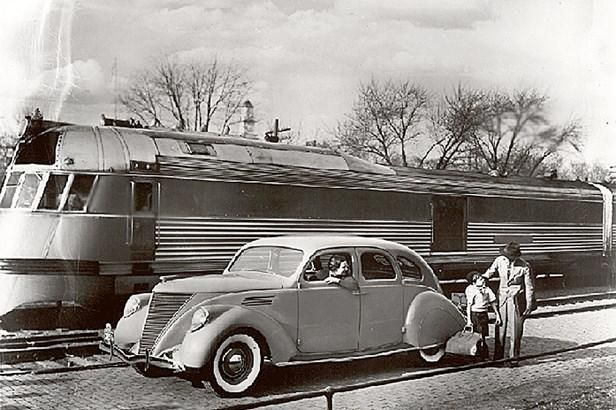 The Lincoln-Zephyr was introduced for 1936 and was an immediate sales success. It was introduced as a “companion car” to the “big” Lincoln, which sold for several thousand dollars more. It was, arguably, the most successful “streamlined” automobile of its era. Nearly 15,000 were sold in its first year of production.

The 1936 Lincoln-Zephyr was one of the most attractive cars of the 1930s as well as one of the most innovative—and, arguably, the first successful streamlined car sold in the U. S. It featured unibody-type construction and a beautifully designed exterior and interior.

Power came from a V-12 motor, albeit a small one at 267.3 cubic inches. It was essentially a Ford V-8 with four more cylinders. Horsepower was 110. It was built on a 122-inch wheelbase chassis. Two body styles were available in 1936—two-door and four-door sedans.