Extracted from an article By David Schultz

One automotive legend launched the car. Another legend took it to greatness

Countless individuals have (and continue to) contribute to the heritage of the legendary Lincoln automobile. The Lincoln motorcar has been associated with Ford Motor Company for so long that few are aware that Ford did not originate the marque. Henry M. Leland, the former president of the Cadillac Motor Car Company, built the first Lincoln motorcar. Here are some of the fascinating people who forged the Lincoln legacy. 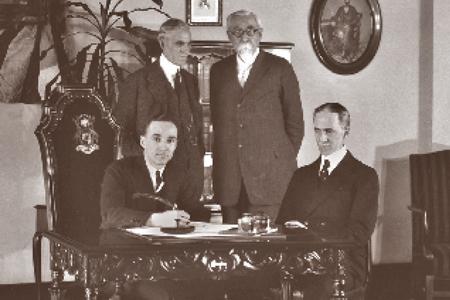 A highly respected tool and die manufacturer, Henry M. Leland was a machinist, engineer and an automotive entrepreneur. He learned precision machining and developed engineering expertise over the years at various positions including work at Colt Firearms and Leland & Faulconer, a supplier of engines to Olds Motor Vehicle Company. Leland would go on to found two premier American luxury automotive marques – Cadillac and Lincoln.

Leland sold Cadillac to General Motors in 1909 and remained as an executive until 1917. Leland left Cadillac at the age of 73 to organize the Lincoln Motor Company, which built Liberty motors for the war effort. At the war’s conclusion, the decision was made to manufacture a new luxury motorcar – Lincoln. Unfortunately, a tumultuous postwar economy and dissent within their stockholder group occurred. By late 1921 the company was in financial difficulty and was forced into bankruptcy. In February of 1922 Lincoln was sold at a receiver’s sale to Ford Motor Company.

In 1888 Henry Ford married Clara Jane Bryant and they had one child, Edsel Bryant Ford. Henry was fascinated by anything mechanical and became an engineer with the Edison Illuminating Company in 1891. After being promoted to chief engineer in 1893 he had enough time and money to devote more attention to his personal experiments on gasoline engines.

Henry founded his first of three automobile companies in 1899, the Detroit Automobile Company. Ultimately, the company was not successful and was dissolved in January 1901. He built and successfully raced a 26-horsepower automobile in October 1901 to raise cash and prestige. The results of this success allowed him and stockholders in the Detroit Automobile Company to form the Henry Ford Company in November 1901. In 1902, Henry M. Leland was brought in as a consultant by disgruntled stockholders and the end result was Ford’s departure from his second automobile business. The company was renamed Cadillac, Leland was named production director and became president of the company when Cadillac was acquired by General Motors in 1909. Ford went on to found Ford Motor Company (incorporated June 16, 1903) and successfully achieved his dream of building a high quality, affordable car – the legendary Model T.

Built on the success of the Model T and its successor, the Model A, Ford Motor Company grew to become a worldwide manufacturer. Henry acquired the Lincoln Motor Company in 1922 to expand into the luxury market and further enhance the prestige of Ford. In 1929 there were Ford manufacturing plants in Australia, India, and France and successful dealerships on six continents. By 1932 Ford was manufacturing one third of all the world’s automobiles and Lincoln was recognized as one of the finest automobiles in the world. In September 1945, after 49 years in the automobile business and in failing health, Henry went into retirement until his death in 1947. 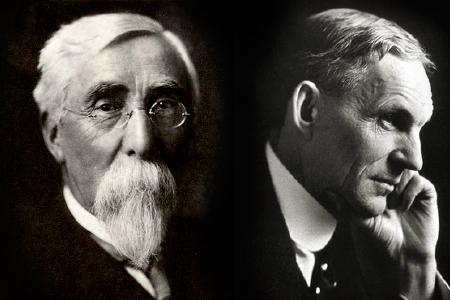 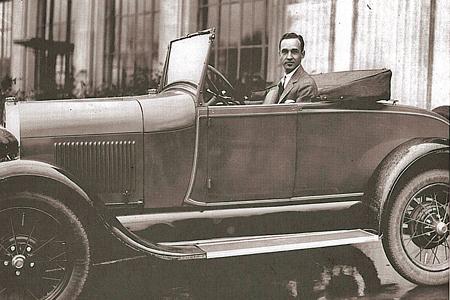 It wasn’t Henry Ford who led the Lincoln Motor Company to international prominence; it was Edsel Bryan Ford, his son. Blessed with a superb sense of design and unerring taste, Edsel provided the direction and inspiration for the Lincoln motorcar throughout his life. He is reported to have said to a friend, “Father made the most popular car in the world; I would like to make the best car in the world.”

By 1935, Edsel Ford recognized the luxury market was in decline and introduced the V-12 Lincoln-Zephyr in 1936—a sales success. In 1938, Edsel collaborated with “Bob” Gregorie, Ford’s chief designer, on the design that would become the Lincoln Continental. When production of the “big Lincolns” finally ceased in 1940, a business writer supposedly asked Edsel Ford to supply a reason; his reply summed up in general the luxury market for automobiles: “We didn’t stop making them; people stopped buying them.” Edsel Ford did not live to see the automobiles that were slated for postwar production. He died in May 1943 at the age of 49.

Edsel’s personal life was a welcome contrast to the sometimes difficult challenges he faced at Ford Motor Company. In 1916 he married Eleanor Clay. The couple had four children and built a life together focused on their children, art and philanthropy with, perhaps most significantly, the Ford Foundation, whose mission is to advance human welfare and achievement. Edsel also personally financed Admiral Richard Byrd’s North Pole and Antarctic expeditions.

Eugene Turenne Gregorie started his design career in 1926 at Elco Works, a New Jersey yacht-building company, and then with the Manhattan yacht design firm Cox & Stevens until the fall of 1928. Gregorie’s start in automobile design began with his move to Brewster & Company, a renowned custom coachbuilder and automobile body design firm.

Henry Crecilus Sr., the chief body engineer for Lincoln, hired a young E. T. “Bob” Gregorie in 1931. This marked the unofficial beginning of the Ford/Lincoln design department. Ford Motor Company finally had a true design department—and Edsel Ford had found a kindred spirit in Gregorie. The two men developed a special relationship that continued until Edsel’s death in 1943. In addition to production automobiles, Gregorie designed cars for Edsel’s personal use, including two sporty Ford roadsters in the ’30s as well as the car destined to become forever identified with both men – the Lincoln Continental, so named because of Edsel’s preference for European or “continental” styling. In 1951, the Museum of Modern Art exhibited the Continental as one of eight automotive works of art. Architect and designer Frank Lloyd Wright described it as the most beautiful automobile he’d ever seen.

The close relationship with Edsel, combined with Gregorie’s professional skills in automotive design, allowed him to becoming the head of Ford's design department in 1935. The Ford engineers were amazed that Gregorie could talk about the mechanical abilities of an automobile as well as he could design a car. Among his achievements was the design of the 1936 Lincoln Zephyr car, which was called "the first successfully streamlined car in America" by the Museum of Modern Art. The last car Gregorie designed to be approved by Edsel would be released as the 1949 Mercury. Gregorie retired from Ford Motor Company in 1946 when he was only 38 years old. It has been suggested he did not get along with the new management after Edsel Ford died. Gregorie and his wife, Evelyn, retired to St. Augustine, Florida where he resumed designing yachts. He died December 1, 2002. 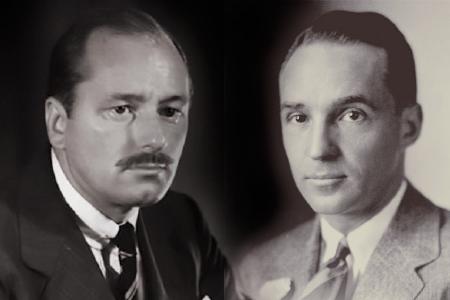