Henry Leland was instrumental in the founding of two of America’s legendary luxury automobiles. He was one of the co-founders of Cadillac in 1902 and went on to manage the company, with his son, Wilfred, after it was acquired by General Motors in 1908.

The Lelands resigned from Cadillac in 1917 to form the Lincoln Motor Company in order to manufacture Liberty motors during World War One. The company was named for the first president for whom Henry Leland had voted. When the war effort ended the Lelands had a modern manufacturing plant and the decision was made to manufacture a new luxury motorcar. The first Lincoln motorcar was completed in September of 1920.

Unfortunately, the Lelands found themselves in a tumultuous postwar economy and dissent within their stockholder group. By late 1921 the company was in severe financial difficulty and in February 1922 the company was sold at a receiver’s sale to the Ford Motor Company.

Edsel Ford, Henry’s only son, was named president of the company. Edsel provided the direction and inspiration for the Lincoln motorcar for the rest of his life. He immediately went to work acquiring designs from the top U. S. coachbuilders to invigorate the Lincoln motorcar.

Throughout the twenties, Lincolns were offered with both factory and custom-built bodies, from roadsters to elegant open town cars. The Lincoln chassis carried bodies from the great coachbuilders of the day, including Brunn, Derham, Dietrich, Judkins, LeBaron, Locke and Willoughby. Sales began to climb and by the mid-twenties the Lincoln motorcar was recognized worldwide as one of the world’s premier motorcars.

In 1931, the series K was introduced and in 1932 Lincoln the magnificent V-12 powered series KB. For a brief time, a smaller, companion V-12 was offered followed by a redesigned V-12 introduced in 1935 that remained in production until 1940. During the 1930s, as the luxury market began to disappear, Lincoln continued to build superb automobiles in a variety of factory and coachbuilt bodies.

Edsel Ford recognized the luxury market was in decline and the mid-price Lincoln-Zephyr was introduced in November 1935. The Lincoln-Zephyr featured an aerodynamic design powered by a smaller V-12. In 1936 the company sold 22,000 cars of which 15,000 were the Zephyr. The Zephyr was a sales success.

Edsel Ford collaborated with E. T. “Bob” Gregorie, Ford’s chief designer, on a design that would become forever synonymous with both men. Introduced in 1939, the Lincoln Continental, originally a one-off design built for Edsel, was a hit with his friends and was soon offered as a limited production car. 25 were built that year, followed by another 400 in 1940 and become an icon of automotive design. 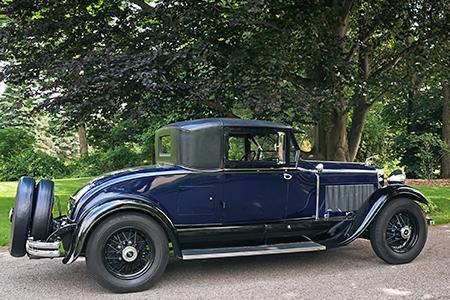 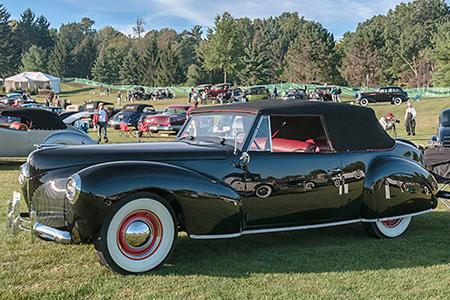 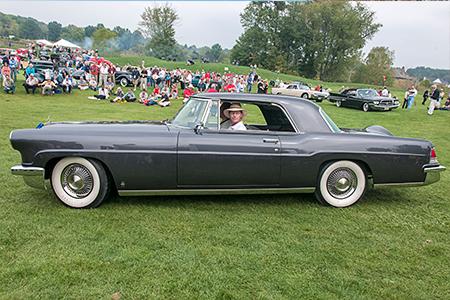 The first postwar Lincolns, featuring a new design, were initially well-received but were upstaged by a dramatic new look introduced by Cadillac. This sent the Lincoln designers back to the drawing board. The result was a major redesign for the 1952 model year. From 1949 to 1960 Lincoln introduced the Lincoln Sport, the 5.5 litre Cosmopolitan, Lido, the Capri, the Custom, the Premiere and the two-door luxury coupe Lincoln Continental Mark II Series.

In 1961 the company made a dramatic turn with a new design that would became one of the most heralded and influential designs of the 1960s. At a time when most American auto companies were using almost as much chrome as paint Lincoln returned to “understated elegance.” The new design became known as “the Continental look,” and established fresh design continuity for the marque.

The Lincoln Town Car was introduced in 1981 and by 2006 it was the largest American made car measuring nearly 18 feet (5.49 meters). In 2002 the Lincoln LS (Luxury Sport) was introduced and between 2003 and 2005 the company also produced the mid-sized, luxury Lincoln Aviator SUV and paved the way for the Mark LT, MKX, MKZ and Navigator.

Today, Lincolns of all eras remain sought after by collector car enthusiasts.