The Inspiration For The Lincoln Motor Car Heritage Museum Building

Much of the significance and charm of the Gilmore Car Museum campus lies in the placement of many historic structures, both restored originals and replicas, on the site. In keeping with that theme, the Lincoln Motor Car Heritage Museum, although a new building, is patterned after a historic Lincoln dealership.

The Inspiration For The Lincoln Motor Car Heritage Museum Building 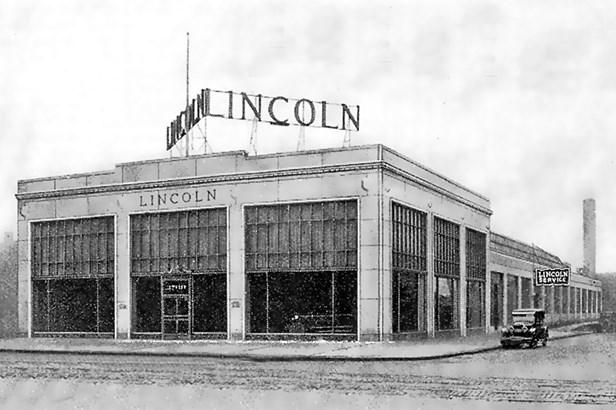 The P.J. Platte Lincoln dealership was featured in the January, 1926, Lincoln Service Bulletin. “The building is located on a corner,” noted the text, “permitting a show window both in front and on the side.” 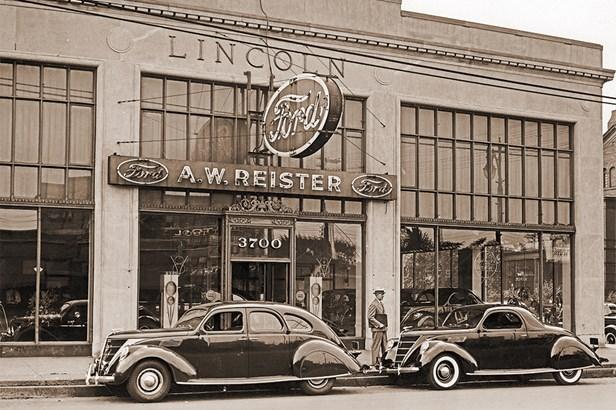 By 1937, the 3700 Jefferson Avenue dealership was operating under the name A.W. Reister and the signage indicates that Fords were offered in addition to the new Lincoln-Zephyrs seen here.

The P.J. Platte Lincoln dealership, the inspiration for the museum’s exterior appearance, was constructed in the early 1920’s at 3700 Jefferson Avenue in Detroit, Michigan. It was built in a neo-classical architectural style appropriate for the luxury image of the Lincoln automobile and was an imposing edifice typical of many luxury automobile dealerships of the era. Shortly after Ford Motor Company purchased the Lincoln Motor Company in February, 1922, the Ford line was added to all Lincoln dealerships. Later photographs of the Platte dealership building depict both Ford and Lincoln identification.