The 50th anniversary of the Lincoln-Zephyr Owners Club was celebrated during the fifth annual Lincoln Homecoming on August 10-12, held at the Lincoln Motor Car Heritage
Museum. Although attendance was a bit lower than previous years, it was an enthusiastic group of Lincoln lovers.

The Lincoln Motor Company was once again a sponsor and had a significant presence at the Homecoming. The company displayed modern Lincoln vehicles adjacent to the museum and discussed vehicle features with attendees.

At the Friday evening dinner, long-time LZOC member Merv Adkins served as auctioneer and and did a superb job auctioning off items donated by members of the four
Lincoln clubs. Bidding was spirited, thanks to Mr. Adkins.

Saturday’s big event was the all-Lincoln car show. Judging during this year’s Homecoming was, by design, less formal. Attendees voted for the best car of each decade of
Lincoln production. Following are the results: 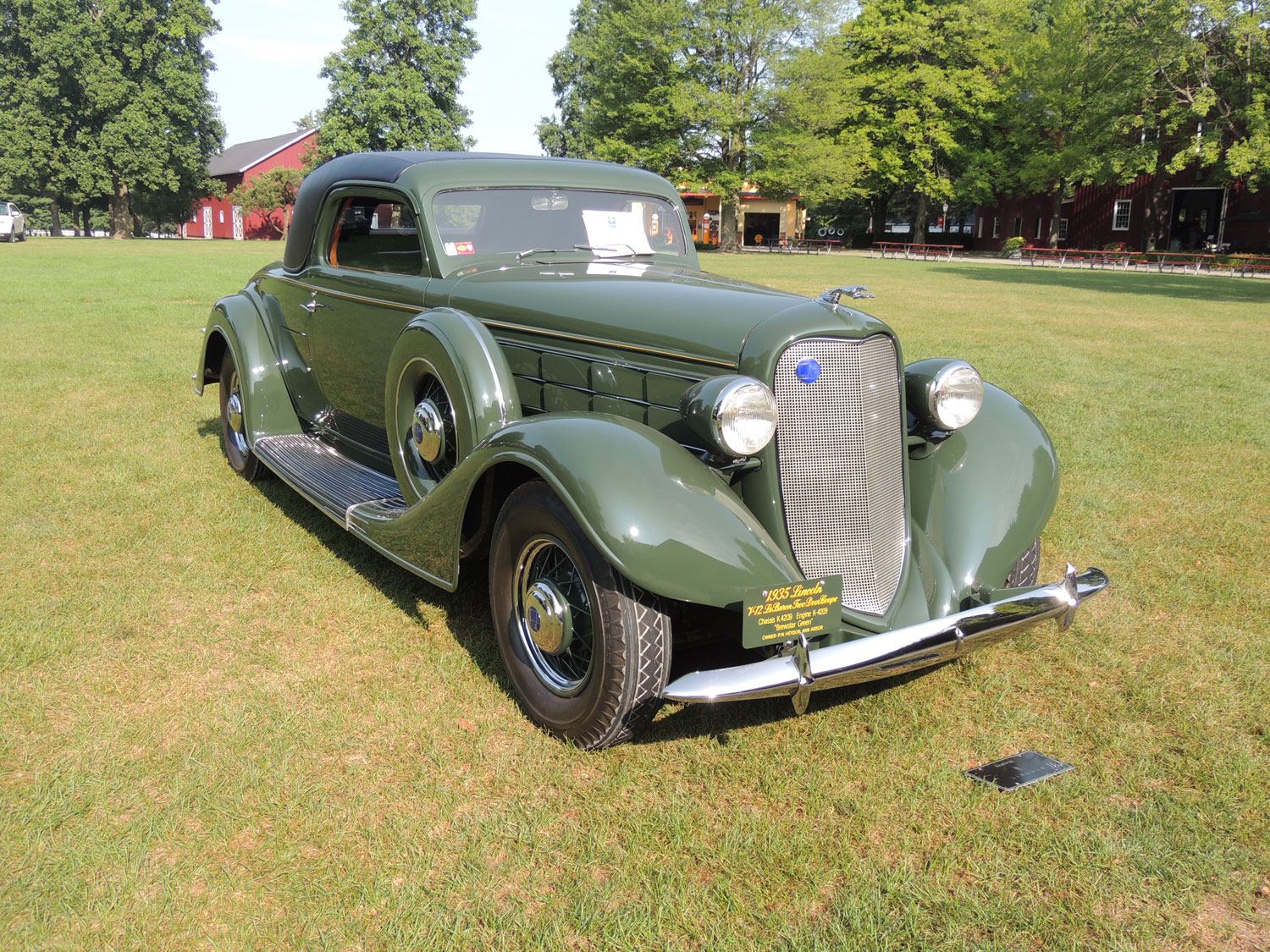 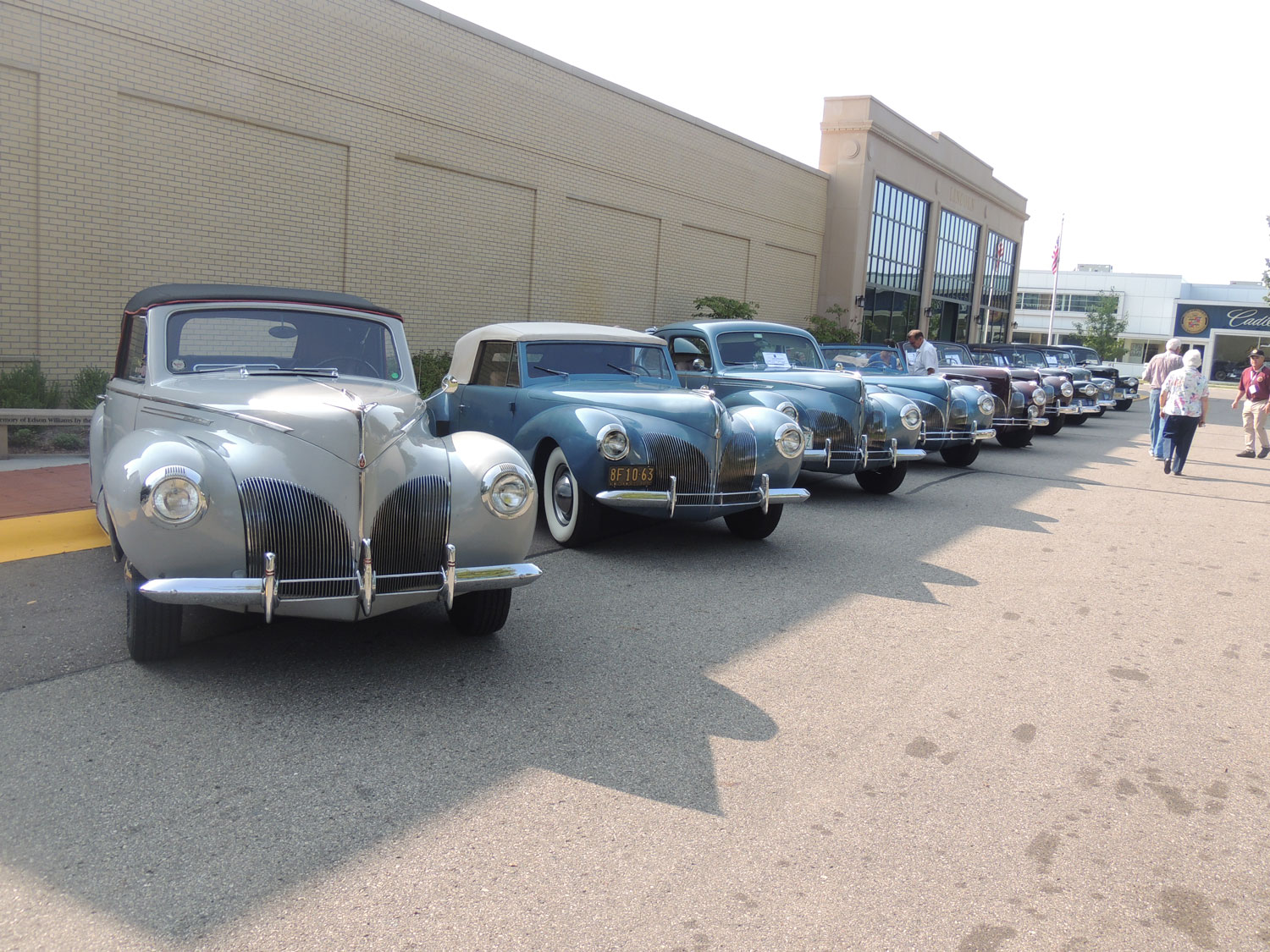 A row of Lincoln-Zephyrs in front of the Lincoln Motor Car Heritage Museum.

On Saturday evening dinner was held in the Gilmore Conference Center for the first  ime and it was a wonderful evening, which included presentation of the above awards. Following dinner there was a spontaneous fund-raising for the Lincolkn Motor Car Foundation endowment fund and within a few minutes more than $41,000 was raised. Quite an evening.

The weekend event at Hickory Corners was preceded by a four-day motor coach tour through northern Indiana hosted by the LZOC that included driving portions of the origina Lincoln Highway. The tour began with a visit to the National Studebaker Museum in South Bend, Indiana. Next were visits to Shipshewana to see Amish cottage industries, the “Real Housewives of Amish Country,” and an Amish livestock and home furnishing auction.

The tour also visited Auburn, Indiana, where participants visited the National Automotive and Truck Museum, the Early Ford V-8 Museum (which is recreating the Ford Rotunda), and the Dekalb County courthouse. The highlight of the Auburn trip was the Auburn-Cord-Duesenberg Automobile Museum, where the LZOC held its Golden Jubilee
dinner.

The 2019 Lincoln Homecoming will be held August 9-11. Watch for complete details on the Lincoln Motor Car Foundation web site and in Lincoln club publications.