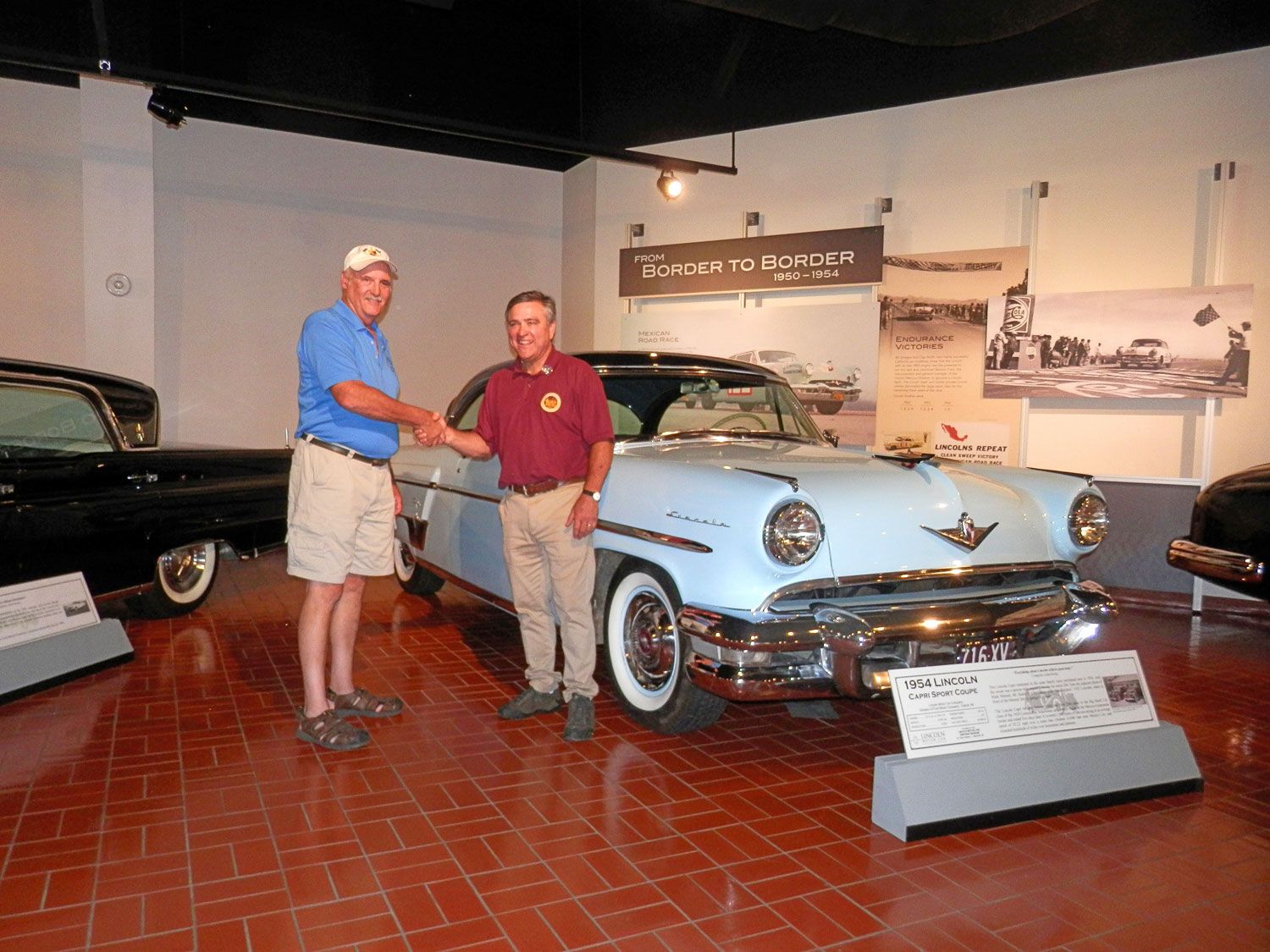 During the annual Lincoln Homecoming on August 10-12 a 1954 Lincoln Capri Special Custom Coupe was donated to the Lincoln Motor Car Heritage Museum by the Peter Bailey family of Marshall, Michigan.  Thanking Mr. Bailey (left) for his donation is LMCF trustee and Lincoln museum president Jim Blanchard.  Fittingly, Mr. Bailey drove his Lincoln to the museum from Marshall with Jim Blanchard and LMCF Chairman David Schultz as passengers.  Cars such as this 1954 Lincoln Capri were driven to success in the PanAmericana Mexican Road Races in the 1950s, earning Lincoln a well-deserved reputation as not only a luxurious car but a fast and dependable one, as well.