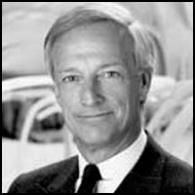 Jack Telnack, retired chief of design at Ford Motor Company, will be the guest speaker at the annual Lincoln Homecoming dinner on Saturday, August 12.

His appearance will be part of the annual Lincoln Homecoming, which is held every year at the Lincoln Motorcar Heritage Museum on the campus of the Gilmore Car Museum in Hickory Corners, Mich.

The New York Times called Telnack the most influential designer since GM’s Harley Earl. Telnack’s signature design at Ford Motor Company was the groundbreaking 1986 Ford Taurus with its “aero-look” design. It paved the way for the soft, sculpted look of cars.