Construction is underway on the new Lincoln Motorcar Heritage Museum being built on the campus of the Gilmore Car Museum in Hickory Corners, Michigan.

“We are delighted to see this museum beginning to take shape,” said Jack Eby, who has served as chairman of the Lincoln Motor Car Foundation since it was founded several years ago. The museum is slated to open on August 8-10, 2014 when all four Lincoln clubs will converge on the Gilmore Museum campus for its grand opening.  [The Lincoln Owners Club will stage its 2014 National Meet in conjunction with the Grand Opening.]
The four major Lincoln clubs provided the inspiration and planning and have been instrumental in raising funds for the museum: the Lincoln Owners Club, Lincoln-Zephyr Owners Club, Lincoln and Continental Owners Club and the Road Race Lincoln Register. “Several automobiles and some significant items have been donated but we are actively seeking specific automobiles and Lincoln-related historical items for display in the museum,” said David Schultz Lincoln Motorcar Foundation president, whose responsibility includes completion of the museum’s interior.

“We are seeking several specific Lincolns, including coach built Lincolns from the 1920s and 30s, a Road Race Lincoln from the 1950s and a 1961 Lincoln Continental sedan.

Schultz noted that the museum is interested in automobiles that are restored or in excellent unrestored condition.  Among the Lincolns already received are a 1932 KB Dietrich convertible sedan, 1936 Lincoln-Zephyr sedan, a 1955 Continental Mark II and a Lincoln Continental Mark VIII.

Individuals interested in donating an automobile or historical artifact to the museum should contact Schultz at (330) 833.3316 or . 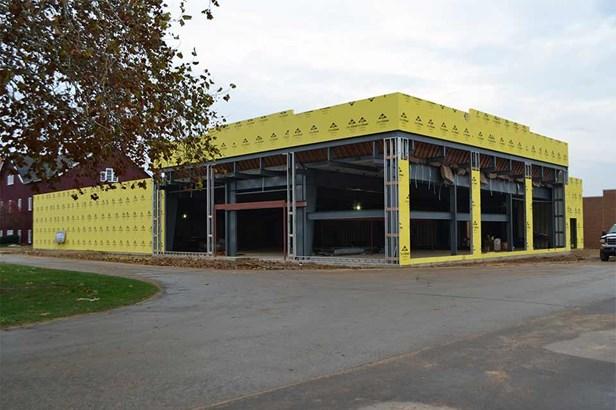 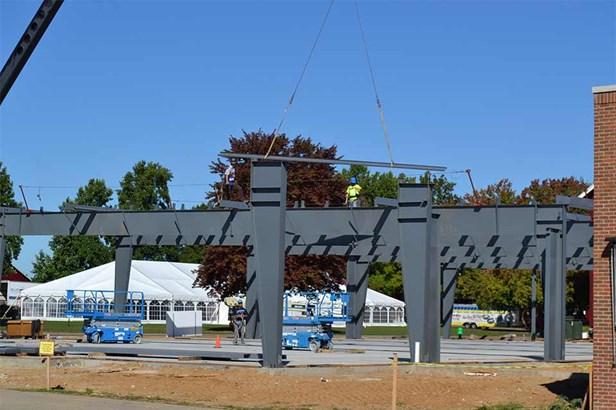 “The LMCF was established as an education foundation for a three fold purpose,” said Eby, “ creating a Lincoln archive, building a museum and establishing an educational outreach program.”

The 15,000 square foot museum exterior design was inspired by an original Lincoln dealership built in the neo classical style in the late 1920s in Detroit. If the weather cooperates, the building will be enclosed during March 2014 and ready for interior work. Schultz also noted that the foundation has raised enough money to build the museum but additional funds are needed to construct the exhibits and displays. More than 20 automobiles will be displayed in the museum, as well as historical items related to the Lincoln motorcar, Edsel Ford and Henry Leland. Among the significant artifacts in the new museum are the “Lincoln stones,” which were originally installed over the main entrance of the original Lincoln administration building.

“While work is now underway to design the museum’s exhibits and displays an important task remains – raising the funds to pay for this." said Schultz. “A number of individuals and organizations have stepped up to get us where we are today and we are most appreciative of their efforts."

“Some individuals told us they’ll make their donation when they see a building going up. It’s our hope that will now happen,” said Schultz. “We’d like the museum’s interior to be as complete as possible when the grand opening takes place in August 2014.”