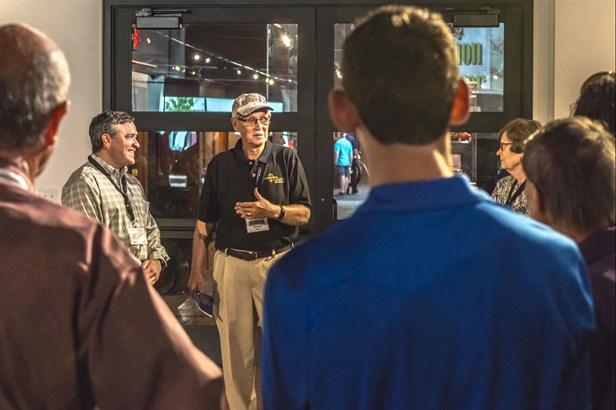 All of the vehicles as well as the Liberty motor were officially unveiled and acknowledged during the 2017 Lincoln Homecoming.

Randy and Jane Fehr of Wayland, Iowa formally donated their fully restored 1949 Lincoln Cosmopolitan convertible to the museum. Their entire family was on hand for the ceremony. The car had previously been on loan.

Joining the museum on loan is a 1927 Lincoln Imperial Victoria by Fleetwood. This one-off vehicle, built on Lincoln’s 150-inch wheelbase commercial chassis, has been placed on loan by Jack and Nancy Dunning of Cambridge, Ohio.

“Thanks the efforts of many such Lincoln enthusiasts, our museum continues to evolve and grow,” said David Schultz, LMCF chairman.