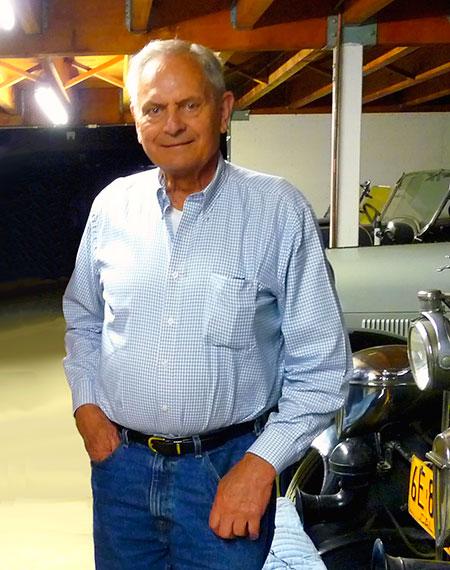 The Jack Passey Jr. Memorial Fund has been established by the Lincoln Motor Car Foundation to honor the well-known vintage car collector and enthusiast, who died on August 22, 2015 at the age of 88 in his home in Watsonville, California.

Although he had many interests Jack was perhaps best known as someone who not only collected, but also preserved vintage automobiles—particularly his favorite marque, the pre-war Lincoln. Several years ago he tallied up the number of Lincolns he’d owned over the years—90. Many Classic Lincoln owners are driving a car that was saved years ago by Jack.

At the time of his death, his collection ranged from an all original 1922 Leland-Built Lincoln limousine to a 1939 Lincoln LeBaron convertible sedan.

He traveled many miles in his vintage cars. A mechanic by trade, he unhesitatingly offered advice to numerous fellow vintage car enthusiasts and supplied many Lincoln parts. He also worked with California lawmakers on laws governing the old car hobby in that state. For 40 years he served as a judge at the Pebble Beach Concours d’Elegance.

One of the displays in the Lincoln Motor Car Heritage Museum focuses on the preservation of historic motorcars, including Lincoln, and recognizes Jack’s efforts with a special kiosk. The Cabrillo Region of the Antique Automobile Club of America, located in Santa Cruz, California, sponsored that display.

Click Here for More Information and to Make a Donation